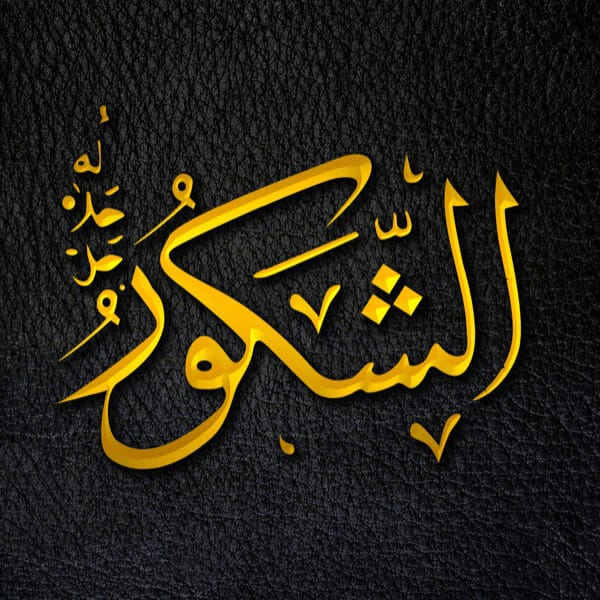 Shukr is defined as recognizing and appreciating when good is done. Shakur in Arabic is also used to describe an animal that is given little food but gives back much. So it revolves around receiving something, even if small, and giving back much because of it. God is Ash-Shakur, reminding us that whatever little we do, He appreciates and rewards us for. This is why the Prophet ﷺ reminds us, “Do not belittle any good deed, even meeting your brother with a cheerful face,” [Sahih Muslim]. God appreciates the deeds that are done to all creatures, not simply humans. The Prophet ﷺ narrates to us a story of a man who was extremely thirsty, and found a well, which he climbed down to fetch water to quench his thirst. He then saw a dog which was panting out of thirst. Recognizing that the dog felt the exact same thing he was a few minutes ago, he climbed back down the well in order to give the dog some water. God appreciated his action (fashakara Allahu lahu) and forgave his sins [Sahih Bukhari and Muslim].