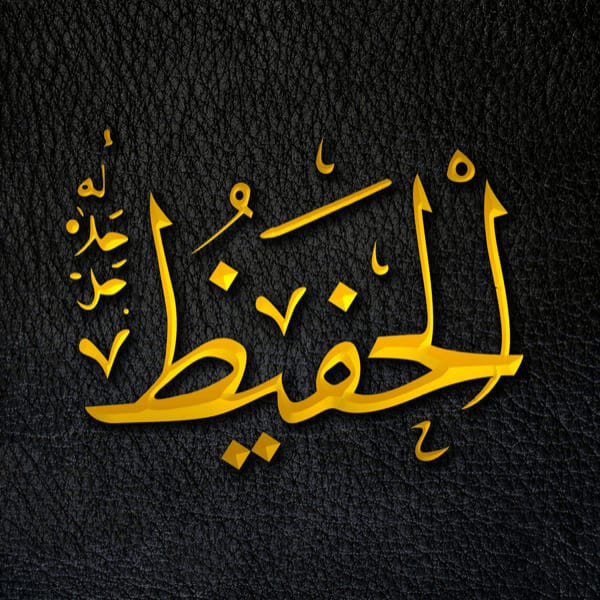 Al-Ḥafīẓ comes from the root Ḥ-f-ẓ which gives rise to meanings such as to guard and to preserve. When the brothers of the Prophet Yusuf `alayhi as-salam (peace be upon him) asked their father to send with them their youngest brother, Prophet Jacob (as) said: “He said, ‘Should I entrust you with him except [under coercion] as I entrusted you with his brother before? But God is the best guardian, and He is the most merciful of the merciful.’” (Qur’an, 12:64) He said that God Almighty is the best guardian (khayrun hafidha – خير حافظا). Despite knowing that his sons had something to do with the disappearance of his son Yusuf, he knew who the ultimate protector was. And God Almighty guarded both Yusuf and his younger brother and returned them to him. And Yusuf underwent extreme hardship: from being thrown into a well by his brothers and sold into slavery to being seduced by a powerful woman and then wrongfully accused and thrown into jail. But God Almighty protected him in protecting his morals and character from corruption, and from any serious bodily harm, and finally he was made a minister and reunited with his family. Such is His protection even in the most difficult circumstances!