Al-Qayyūm, The Subsisting, The Independent 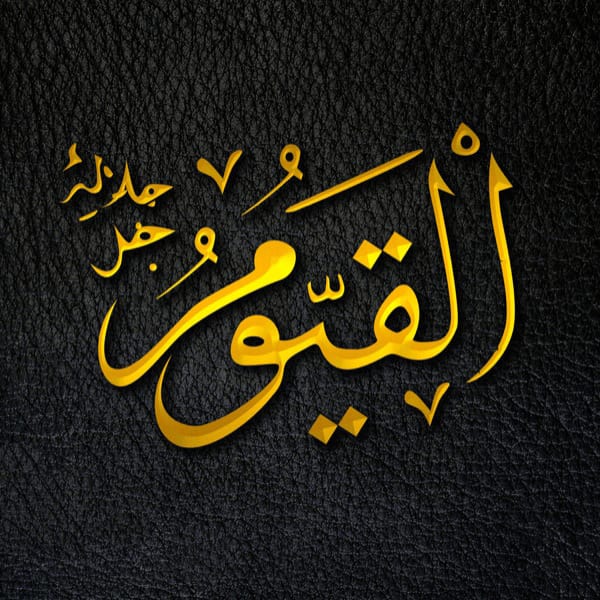 Al-Qayyūm is an intense form of q-a-m (ق-ا-م), which is the continuous self-subsisting sustainer. You are asking Him because He is the source and He is, in every second, sustaining this world. You are asking Him not to leave you to yourself because you know that when you are with Him, your affairs are okay. You might misjudge, or be led by your desires, or lack wisdom, so you ask the One who constantly manages the affairs of the world not to leave you to yourself: you are asking for His care. This is why you call on God Almighty when you feel defeated. Even if you do not call on God with these Names in particular, you know that He has these attributes. When Noah (peace be upon him) said to God, “I am defeated, so help me,” his words may not have included God's Names Al-Ḥayy Al-Qayyūm, but they imply them. After being abused and rejected for 950 years, he felt defeated and he knew he had nowhere to go but to God. And He knew that God Almighty is the One who the whole world relies on for everything. God brought forth a storm to the place where this kind of rain was not normal, because everything is under His control.